What you did not know about the Siberian Husky 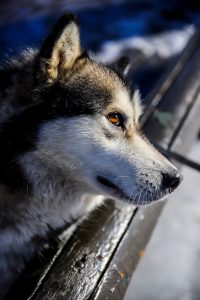 Siberian Huskies are amazing dogs that are loyal, brave, and intelligent. They can be very affectionate with their human counterparts and for these reasons, their popularity has skyrocketed in recent years. People can’t get enough of these wonderful creatures!

Here are things about the Siberian Husky that you probably didn’t know yet.

The Husky is one of the most wolf-like dogs, with its pointed ears, piercing eyes and pronounced snout. However, recent studies have shown that the dog is not directly descended from the wolf but is instead a very close relative.

Huskies can have differently colored eyes, a condition known as heterochromia. This benign aspect is usually due to a hereditary genetic mutation. Heterochromia is also present in other animal species, including humans.

The Husky is a dog which is able to adjust to different environments easily due to its thick coat of fur, which helps it withstand cold temperatures. Although it gets its name from Siberia, where conditions are harsh, it can actually live in warmer climates as well. In contrast, other Nordic breeds like the Alaskan Malamute often struggle in heat waves and hot weather.

Huskies are well known for their vocalizations, which include a wide variety of sounds. They are also distinguished by their howl, which can be heard up to 15 kilometers away. Some Huskies even seem to sing, talk, and whine, although it is quite unusual for them to bark.

The Siberian Husky is one of the oldest breeds of domestic dogs in the world. Originally raised by the Chukchi tribe in northern Siberia, these dogs were used for tasks such as pulling sleds, but were also important members of the community. They would sleep in the same bed as women and children to keep them warm and protect them from intruders or wild animals. A recent study which analyzed more than 161 different dog breeds found that the Siberian Husky is considered to be the fourth oldest breed of domestic dog.

There is no doubt that Huskies love the snow. This is probably because of its profound impact on their history.

Huskies were originally bred by the Chukchi tribe to serve as sled dogs, transporting food and supplies between locations. Contrary to popular belief, they were not typically used to pull sleds carrying people. They were selected for this task due to their tolerance for cold weather and their ability to maintain high levels of energy during long journeys. A team of Huskies would typically be used to pull a sled, with each dog playing a specific role in the process.

Huskies are great companions for children and make excellent hiking partners. They are also very affectionate dogs that enjoy being a part of a family. However, their character can be unique and changeable, so it’s important to keep them entertained and provide them with different types of enrichment.

If we think of war dogs, the first breed that might come to mind is the German Shepherd. They have been used as messenger dogs, rescue dogs, and even for mine detection. However, Huskies also excelled during World War II in carrying out transport and communication tasks.

The heroic story of Balto, a Siberian Husky, is one of the most well-known tales about the breed. In 1925, a group of men and their dogs set out on a dangerous journey to save the lives of children in Nome, Alaska who had contracted diphtheria. Although some men and dogs died during the journey, including the guide dogs, Balto took over as leader and successfully led the pack to their destination. The dogs were hailed as heroes and appeared in newspapers across the country.

So, here are facts about the amazing, famous Siberian Husky. They truly are a special friend with a rich history behind them.

Share
Previous Is your dog depressed?
Next Dog crate training 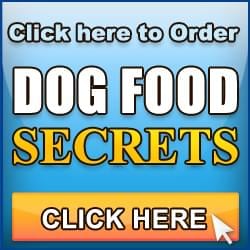